Winners of the 2021 Play for Change awards

Have a look at the winners of the 2021 Play for Change awards, an exciting line up of toy makers going the extra mile when developing their toys. Will you be among them this year?

In the empowerment category, the judges were looking for great toys that make children believe in themselves. No stereotypes around gender, race or appearance. Toys that were made more accessible for less-abled children were also in the running. 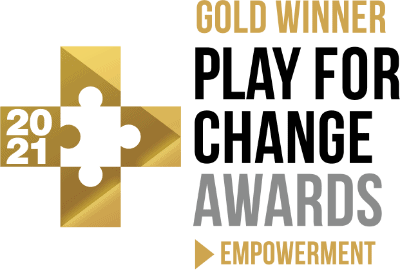 Miniland Dolls with Down Syndrome

Miniland have expanded their range of inclusive dolls with dolls that represent children with Down syndrome from different races and genders. As well as making sure children with Down syndrome will recognise themselves, the dolls help teach the values of inclusion and diversity through play. They promote empathy and acceptance of people of any race, gender or condition.

The judges praised Miniland's ambition to represent children with Down syndrome in the mainstream toy box and felt they are a great way to help any child learn about difference and acceptance through play. They also appreciated that both girl and boy versions of the doll were available as well as different skin colours. 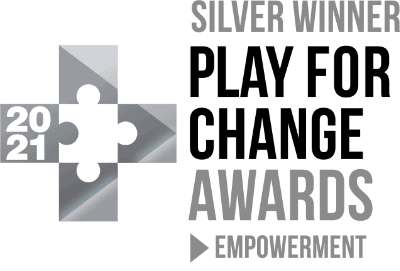 Mattel launched “Barbie and Nikki Discuss Racism,” on the Barbie Vlog to help kids better understand the anti-racism movement. Barbie and her friend Nikki, talk about Nikki’s experiences of racial discrimination, and discuss ways to engage in anti-racist behaviour. The video, which was translated in 11 languages, went viral and received positive media coverage around the world.

The judges appreciated Mattel’s efforts to speak to kids about racial injustice in language easy for them to understand. They felt the video could help families address the topic and make it easy to discuss. The jury also felt it was an important addition to Mattel’s wider commitment to girl’s empowerment. They felt that the impact of the video, as seen in the viewing figures and media coverage, was especially impressive. 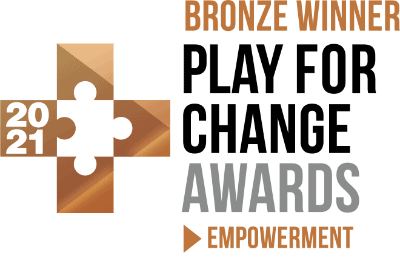 Lego have developed this special new brick system to help kids who are blind or visually impaired learn the braille system. The studs on top of Lego’s original bricks have been moulded to represent braille letters, numbers, mathematical symbols and punctuation marks in eleven languages. The bricks are also printed with letters, symbols and numbers, so that sighted children can join in too.

The jury appreciated the way that the system helps children who are blind lean about the braille system in a playful and tactile way. They especially liked the way that the bricks were designed in an inclusive way that would stimulate the playing together of blind and sighted children.

In the sustainability category, the judges were looking for toys or games that educate children about the future of our planet.They also looked for companies that are front-runners in using sustainable raw materials, packaging, production processes or in making recycling possible. 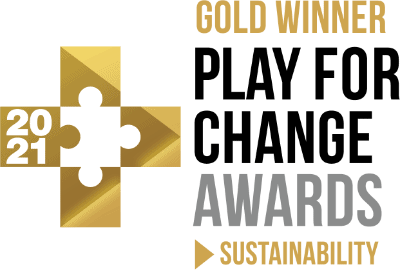 dantoy A/S
dantoy GREEN BEAN is a new line of plastic toys made from recycled materials. The recycled plastic used in these toys comes from the excess waste materials of the company.The jury has recognized the efforts of dantoy to reduce the consumption of virgin materials and tackle the generation of waste. The plastic used in GREEN BEAN toys is collected from the in-house production of the company in Denmark, therefore, it complies with all the applicable safety standards and has the Nordic Swan certification. In addition, the jury welcomed the decision from a small company to put on the market products that may not look identical and may have different shades of colour or ‘imperfections’ due to the use of production scraps.

Adventerra Games proposes a variety of board games covering a wide range of environmental topics. From climate change and saving water through to animal conservation and recycling.

The jury welcomed Adventerra’s efforts to introduce children to these complex topics and educate them about the environment without overwhelming them. They also recognized the coherence between the mission of Adventerra Games and their production. All the components are made of FSC-certified cardboard, wood and paper, and they are fully recyclable. The games are manufactured in Europe with the goal to reduce the impact of transport on the environment. 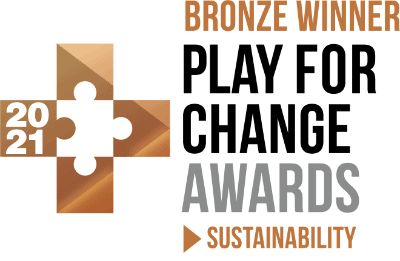 BiOBUDDi Pixel and Create enables children to create any sort of artwork with environmentally friendly pixels, made of bioplastic.

The jury welcomed the efforts from BiOBUDDi, a small company based in the Netherlands, to further extend the range of its products while sticking to its objectives of using bioplastics and carbon neutrality. BiOBUDDi uses sugarcane that comes from sustainable sources and they have carried out a Life Cycle Assessment to ensure that their toys are CO2 neutral from the beginning to the end. In addition, the pixels from BiOBUDDi Pixel and Create are fully recyclable.

In the future skills category, the judges were looking for toys that stimulate those skills that children might need to face the world of tomorrow such as coding, social media fluency, clear communications or negotiation. 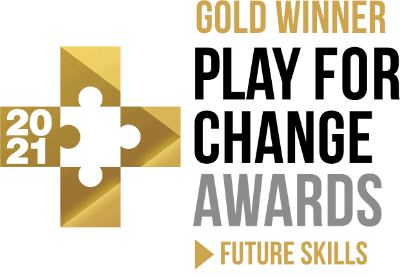 The jury welcomed the wide range of 21st skills that can be developed by playing with this set. They also recognized the variety of learning activities and educational challenges proposed to children through the set and found it adapted well to different learning levels. 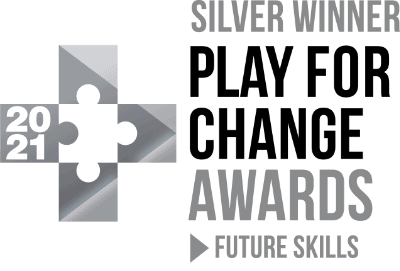 This robot hand moves mechanically with the help of water pressure. Children can therefore have the opportunity to experience and learn how hydraulics work. They can have fun building this hand which is three times as big as a child's hand and then test their competence at picking up something or even writing with it.

The jury recognized the efforts to introduce children into the field of hydraulics in a fun way and the educational material provided with the Cyborg-Hand. They welcomed the mechanical nature of this toy and appreciated the open-ended playing possibilities it offers to children. 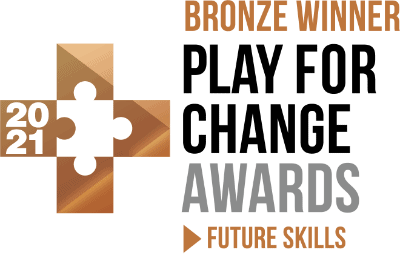 The little monster of Amazing Inside lets young children have fun while discovering the organs we have inside our bodies. First, children need to learn where the different organs are located. Then, the augmented reality cards will provide them with surprising facts and even introduce them to the sound these organs make.

The jury welcomed the innovative nature of this toy that uses technology to extend the playing experience and provide further learning about the body organs. They also appreciated the efforts to introduce younger children to science and, in particular, body anatomy.

Have a look at the winners of the 2020 Play for Change Awards
Cookies: This site uses cookies - Find out more